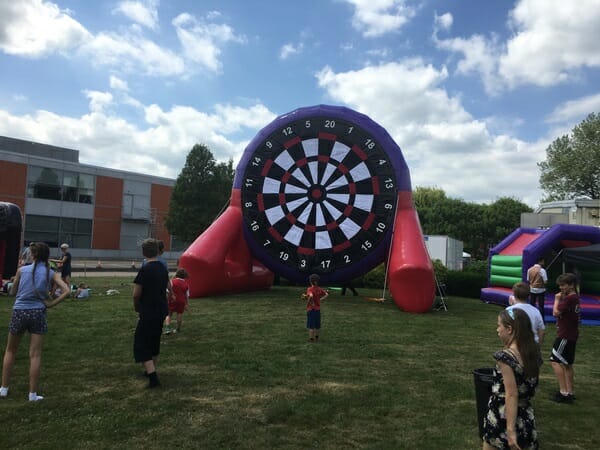 Football Darts – Hands down this was the most popular new outdoor item in 2018.  And 2019 is looking to be just as busy for this GIANT inflatable, it’s as tall as a house, and wider than two wide lorries!

Our Football Darts game can be played also be played as a Rugby Darts Game too!  Using velcro covered rugby balls instead of footballs.

This item must be staked down onto a grassed area or if placed on a concrete / hard standing area, it must be weighted down with sandbags (an additional charge will be necessary for the transport costs for the safety weights required). 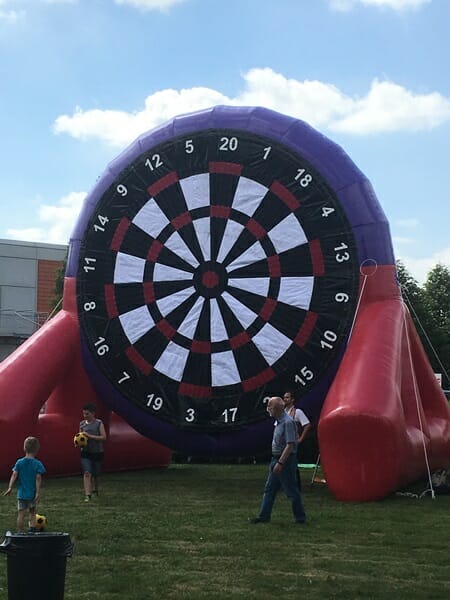 Players have three chances to score as many points as possible by kicking the sticky footballs onto the velcro surface.  This activity can be run as a competition through the event.  Our onsite team will manage the game and activity and keep a note of scores if required. 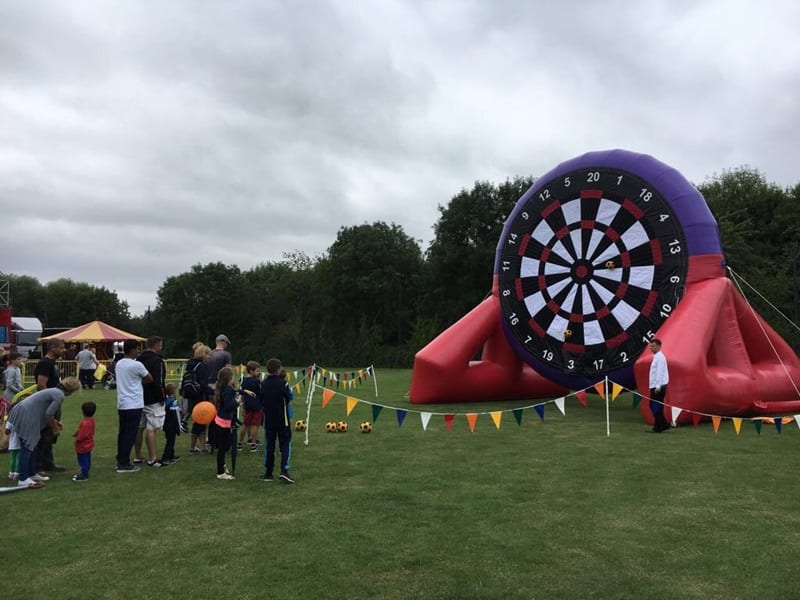 This activity requires a 13amp power supply (generators can be supplied at an additional cost) and an area of 8m wide x 10m deep. 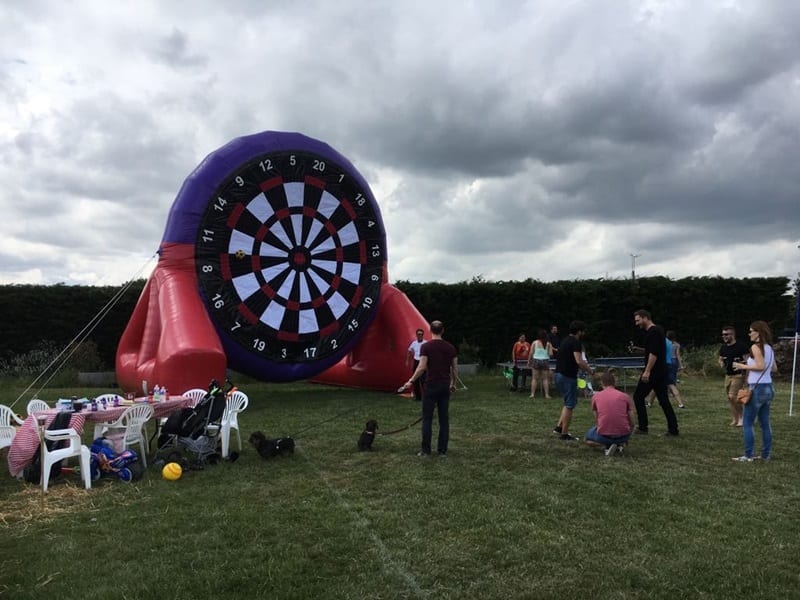 This activity can be combined with our other football games (penalty shootout and human table football) to create a football themed challenge day or can be used as an additional activity to complement our corporate sports day or other team building activity.

We provide our service for corporate events, private parties, conferences & exhibitions and Weddings across the whole of the UK and mainland Europe.