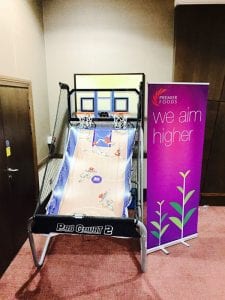 Our basketball shootout game is a portable version of the head to head basketball game that can be seen in amusement arcades across at fairgrounds across the country.

Our two player game, offers a head to head game with a digital coring system.  Guests compete against one another to score as many baskets as possible whilst up against the countdown clock which can be set for 30 or 60 seconds.

Our basketball shootout game is supplied with a member of staff to deliver, set up and supervise the activity.  This activity can be used as a just for fun activity or our team can keep scores which allows for the game to be run as a competition throughout the event. 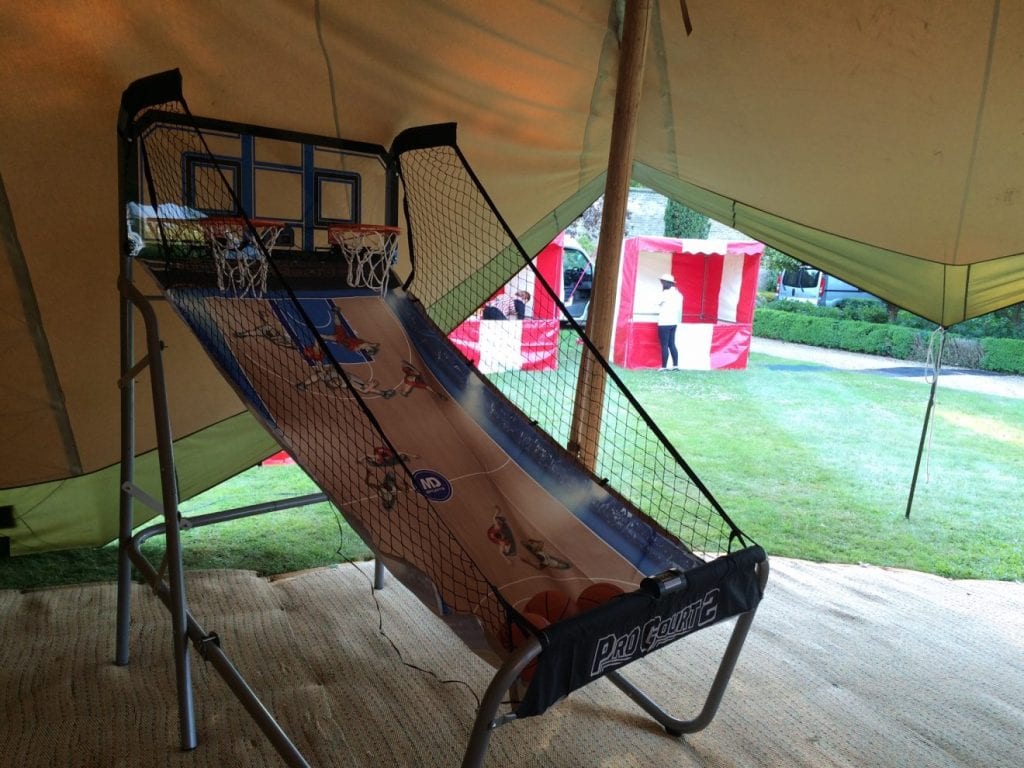