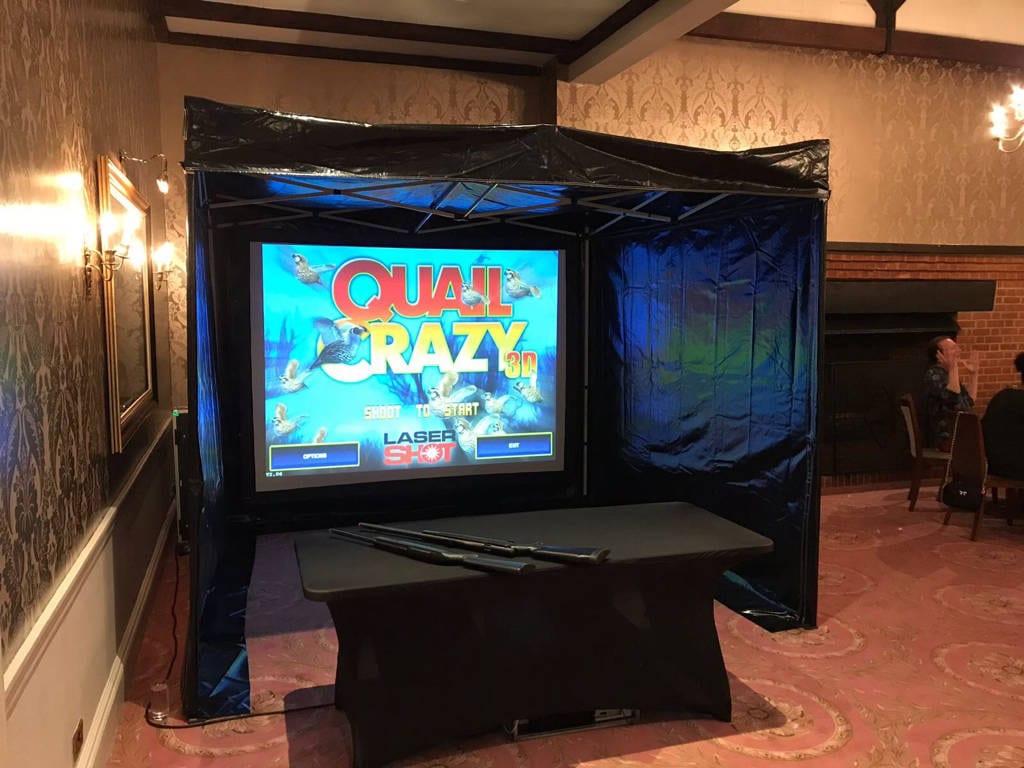 Shooting Simulator from Lasershot is a safe fun shooting game activity which has a a choice of 15 different game shooting scenarios including clays, ducks, targets, western shooting arcade, speed test and accuracy testing.

The authentic laser firing pistols and rifles are recoil free and fire a safe laser beam at the moving targets on the giant projector screen.  Laser Shot Systems are one of the leading manufacturers of shooting simulators.

Laser shot shooting simulator can be enjoyed by men, women and children alike either individually or the game can be run as part of a team building activity. The computer based operating system enables our operator to set the difficulty level for each participant and the system gives a visual score for each competitor.

Our laser shot shooting simulators are typically delivered, set up and operated by one of our trained staff for the duration of your event.

The laser shot shooting simulator is only available as an indoor system only. 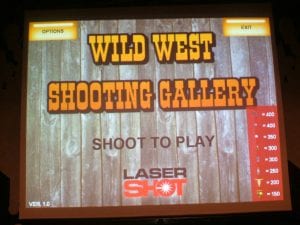 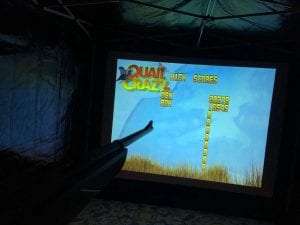 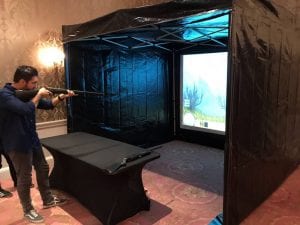