Human Table Football is a team game inflatable, where up to 12 players (6 a side football game) can play at the same time, in a life size version of table football.

The teams enter and exit via the goal mouths, and take their positions up on each strap, they hold on and have to work as a team to score as many goals as they can against the opposing team.

The inflatable table football unit is provided with trained staff to oversee and run the activity. 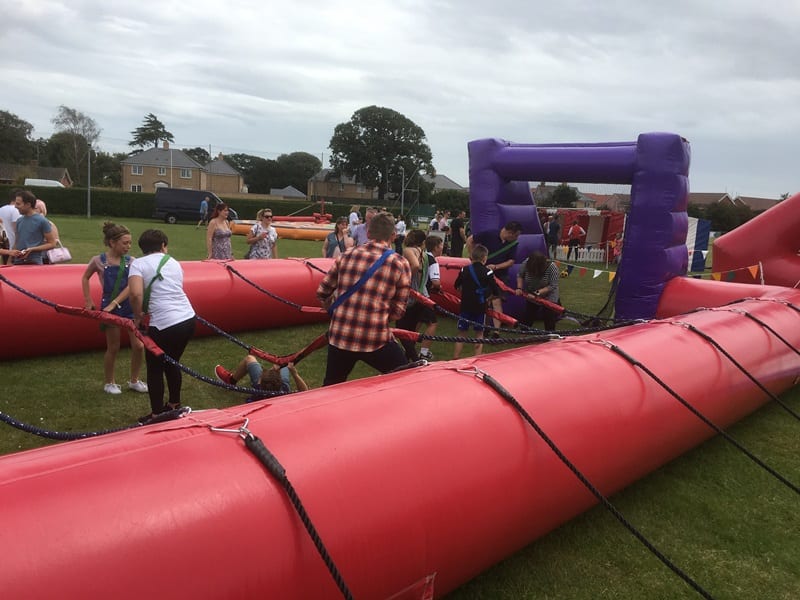 This inflatable is approximately 30ft x 45ft of space and requires a 13amp power supply (a generator can be hired, if required).

Subject to a suitable venue, this game can be run indoors or outdoors. 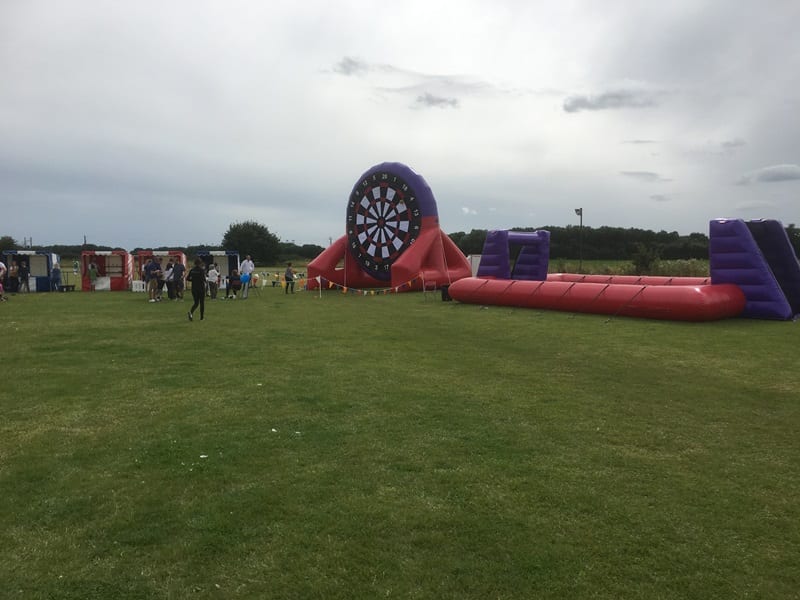 Our staff are happy to organise a Human Table Football competition throughout your event, should you wish, or the inflatable can be available for use as and when guests wish to play.

Human Table Football is a game that is suitable for all ages and ability, and can be great fun as a team building event, with competitions run throughout your event and through the day.

Human Table Football is available for hire with our other Outdoor Games and Activities. 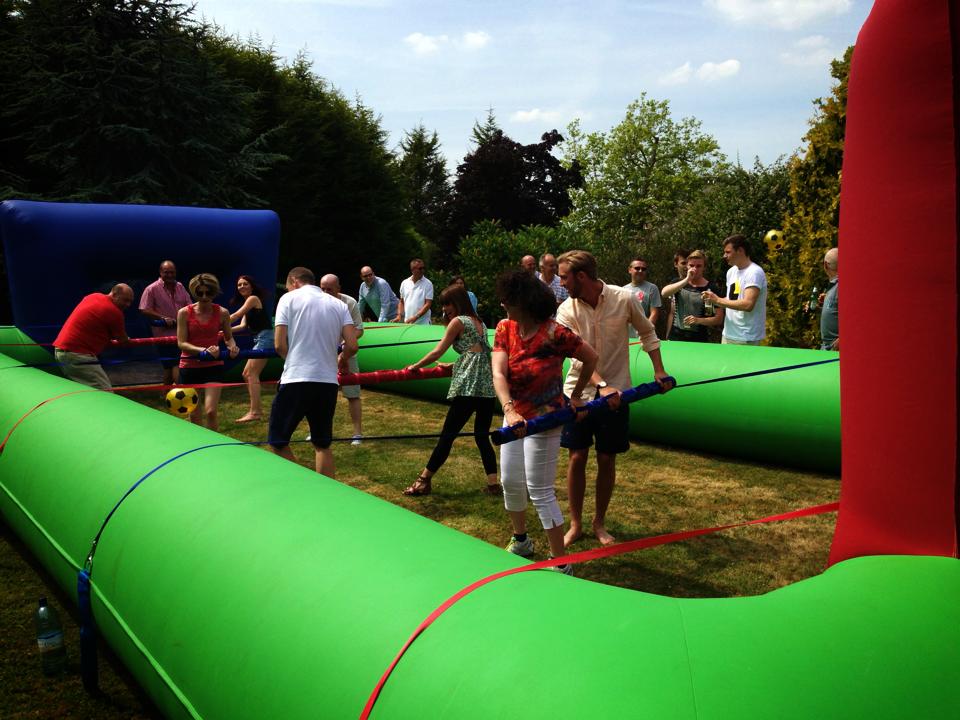 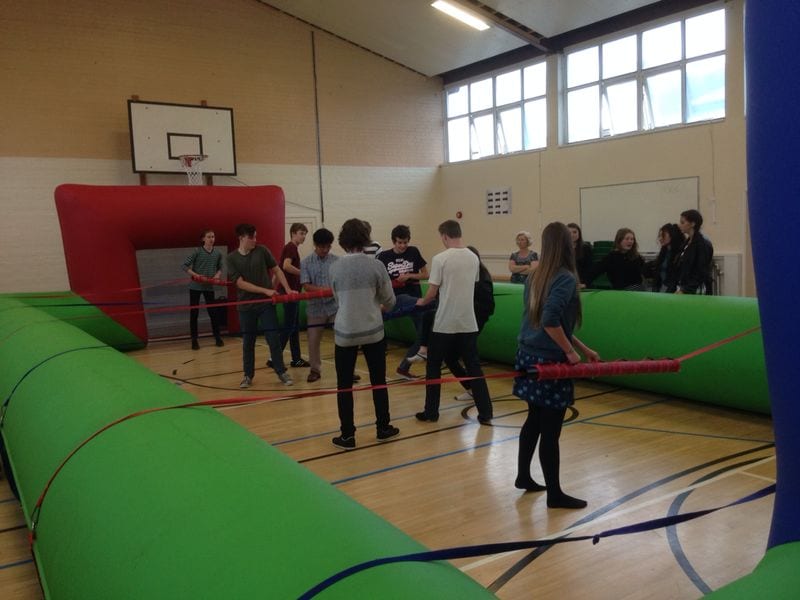