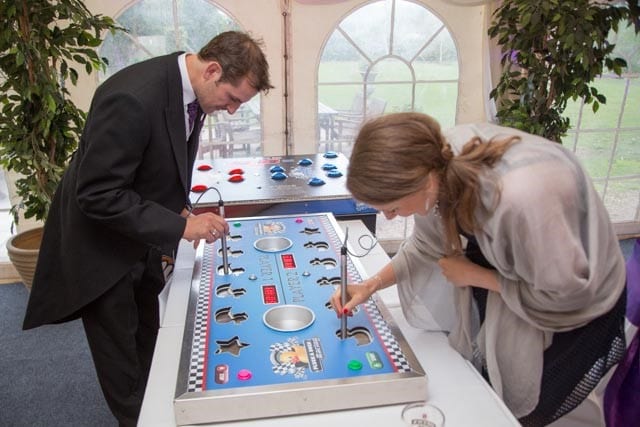 Two Player Interactive Game – Pluck a Duck is a great head to head challenge, which has been developed and manufactured in the United States of America, and is now available in the UK.  This two player game uses electro-magnetics which means that there can be no cheating, once the player touches the side, the electro-magnet releases the duck and you have to start again!

This two player visual game is ideal for corporate parties, events, launches, this game also provides a great challenge at Weddings and parties too, and is suitable for players of all ages.

With sound effects and timers, it can be run as a competition over the course of your event.

There’s two sets of ducks the easy set and the ‘really hard’ set!

13amp power is required, an area 6ft x 4ft to play, and this game is suitable for indoor use only. 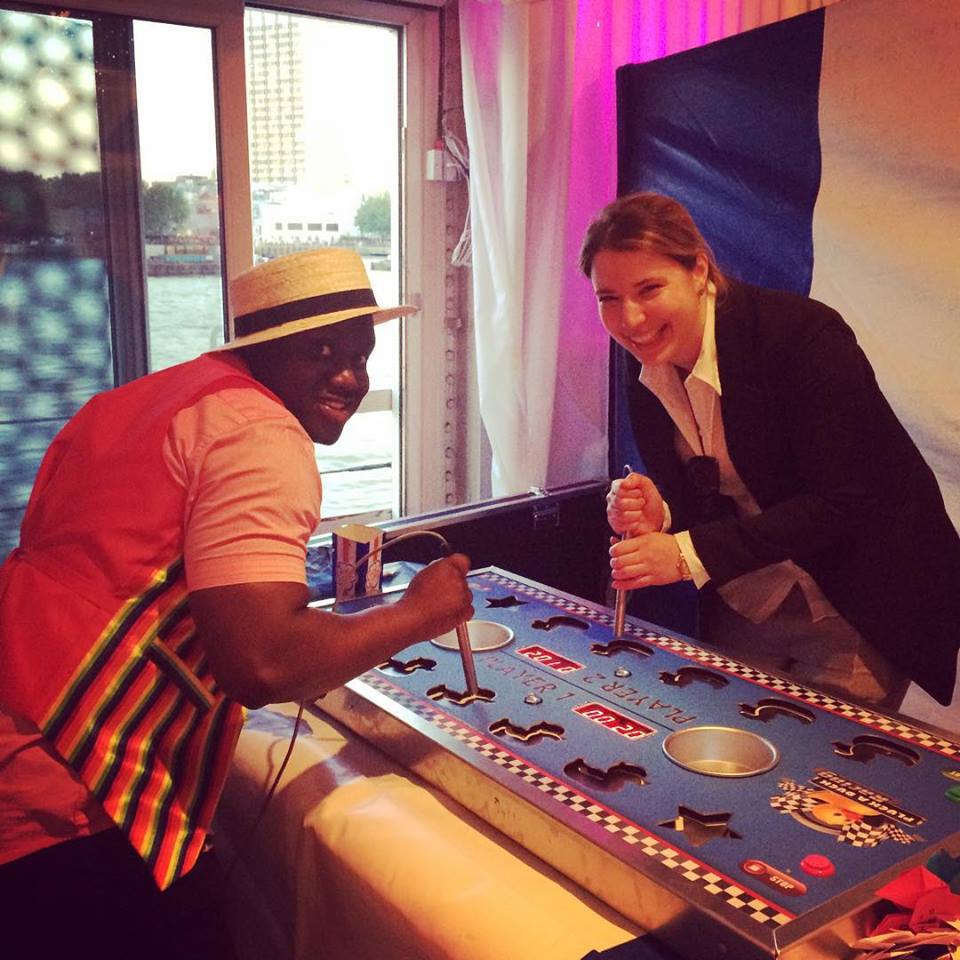 Other games which compliment Pluck a Duck include Strike a Light, The Basketball Shootout Game, Photobooths, Giant Buzz Wires and our Magic Selfie Mirror too.