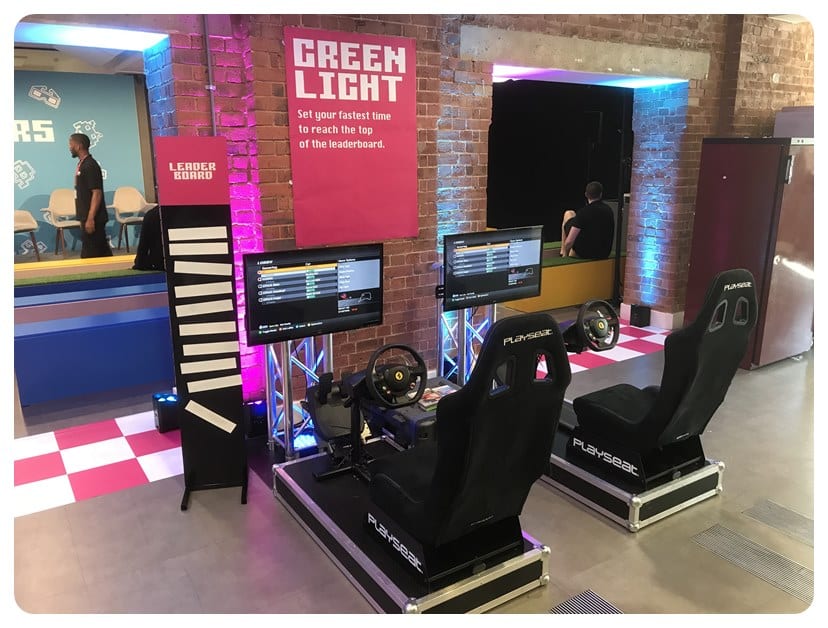 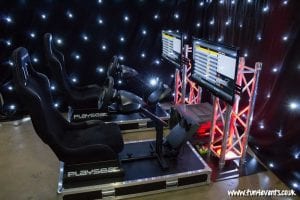 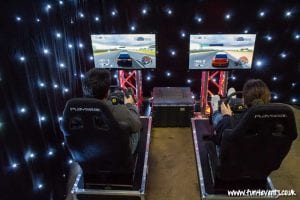 Our twin race seat simulator consists of two sports style driving seats which are linked together so players can play a head to head car racing game.  Each player has their own bright 32inch LED screen.  With a vast selection of cars and race tracks from around the world available this is a great fun activity for corporate events, parties, promotions and events.

Our onsite team look after the activity, which can be run as a competition throughout your booking with the fastest racers being recorded on a leader board, giving you the opportunity to present a prize to the winning driver.

We can offer a choice of the following games:-  Road / Touring Car Racing, Formula 1 and Rally driving games too.

Each driver has a choice of fully automatic cars or they can use the racing gear paddles to change gear during their race. 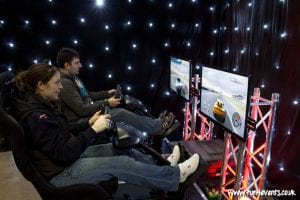 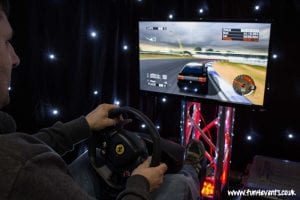 The activity is delivered, setup & supervised by an experienced member of the Fun4Events team.  Our supervisors will be smartly dressed and oversee the activity making sure guests have the best possible experience playing the head to head driving game.

Our head to head car racing game is suitable for indoor use only (if booked for an outdoor event it must be covered sufficiently to protect from any rain).

Two players can play at any one time, and this activity is suitable for players from 6 years of age upwards.

This activity requires a single 13amp power supply, which must be accessible within 5-10 meters of the set up area.

The starcloth seen in the pictures above, can be hired at an additional charge. 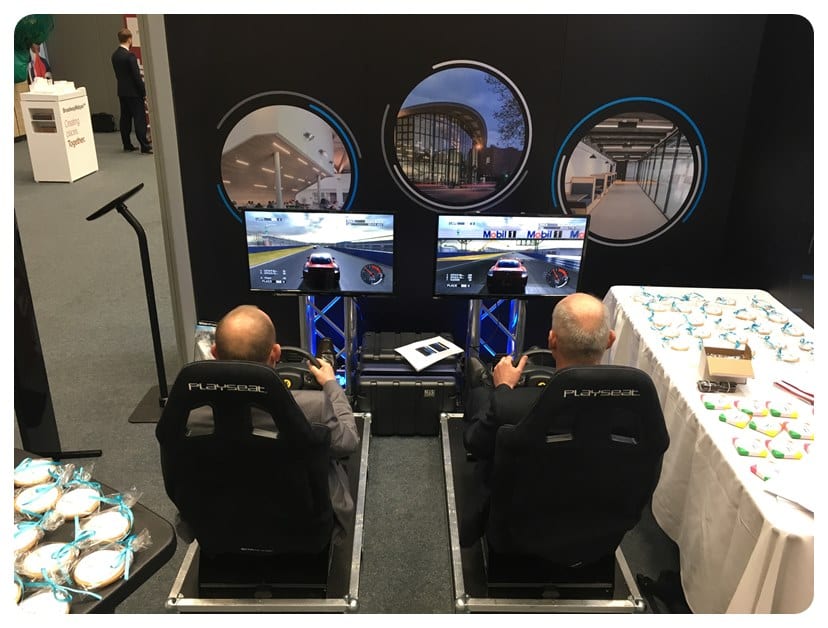 To safely run this activity, we require space of approximately

Our Car Racing Simulator Hire is often booked in combination with our other indoor games, which can be found here.

We provide our service for corporate events, private parties, conferences & exhibitions and Weddings across the whole of the UK and mainland Europe.