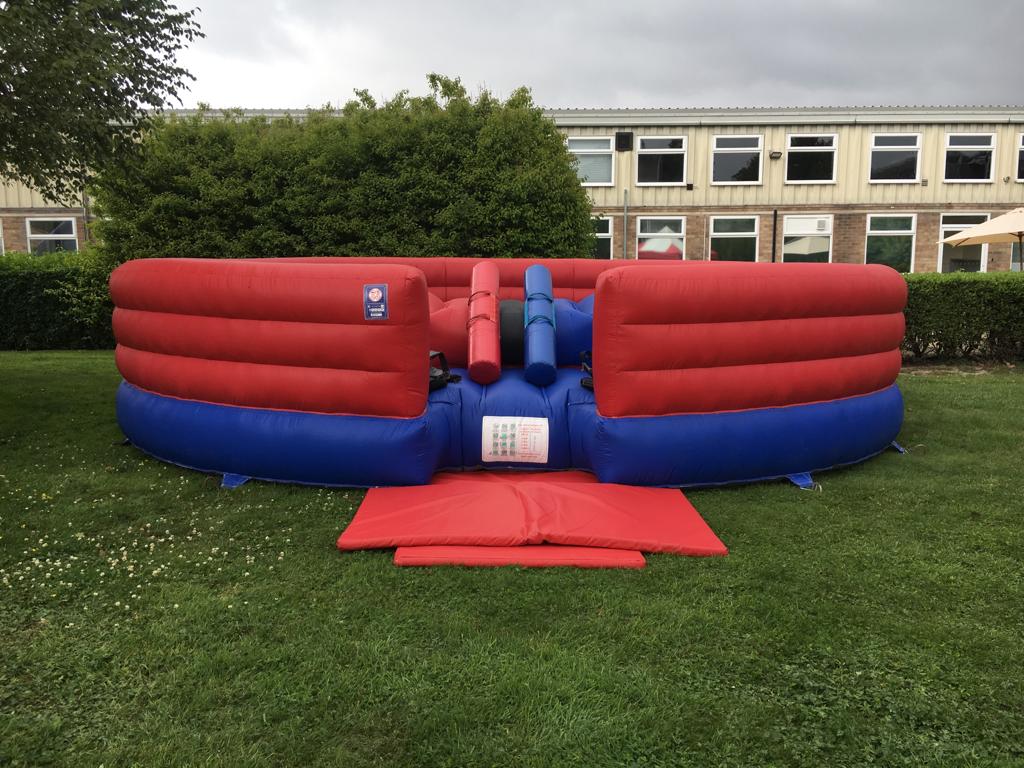 Made popular by the Gladiators TV show in the 1990s.  The players would battle a gladiator in an attempt to knock them off their podium.  It’s now your chance to combat with your friends and colleagues.

The gladiator duel is an amusing game, which gives the competitors and spectators an entertaining experience.  The inflatable has a large bed, with a wall for safety.  The red player and blue player stand on the raised platform, waiting for the starting whistle  As battle commences each gladiator has to duck, bash and swerve their way to greatness.

The gladiator joust is suitable for children aged 6 upwards and adults. Children can battle with their siblings.  The gladiator duel comes with safety helmets and a member of staff to oversee the game.